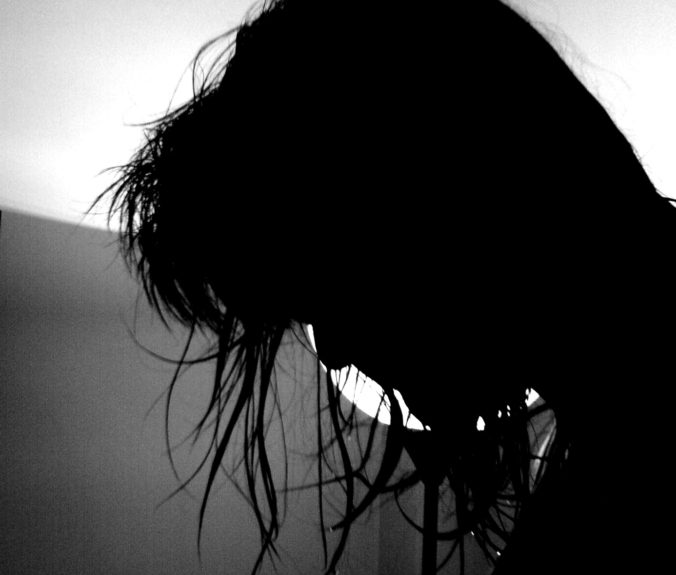 Western Pennsylvania has its fair share of strange stories and weird legends, but none more so than the story of Mother Mead and her thirteen children. In the early eighteenth century, the state was sparsely settled with European immigrants. In an effort to attract more settlers and displace the native Indians, the English welcomed religious sects of all flavors.

One of these groups was centered around the personality of Mother Mead, an enigmatic and colorful early American figure. It was said that Mother Mead was a powerful witch or a lapsed Anglican nun or a runaway slave who took up with the Iroquois. Whatever her true identity, she became the focus of a number of tall tales over the years.

One of those tales concerns Mother Meade’s numerous children. Although they were all very different and spawned many legends of there own, one thing they all had in common was that they were born monsters.

Some thought the birth of monsters was a sign of the impending End of Days, the time when the earth would be sundered by war in heaven. On this apocalyptic foundation, Mother Meade was said to have formed a cult centered around her charisma and her gruesome brood. Hailed as a prophet of terror and destruction, Mother Mead attracted much attention but only a marginal following.

After a few years roaming New England, Mother Mead’s cult ended up in Pennsylvania. They took up residence in a largely uninhabited expanse of forest known as Broome’s Quarter. While the cult settled down to await the end of the world, Mother Meade’s monstrous children stalked the Quarter’s shadowy ridges and dark hollows.

Bill grew up next door to Broome’s Quarter. He writes to tell me of the strange encounters he experienced in the shadows of the ancient forest.

Bill’s first story comes from his childhood when he explored Broome’s Quarter with his older siblings and cousins. In the warm summer months, Bill would often head out with a sampling of his kin, intent on fishing the small brook that ran the Quarter’s length.

On one particular sunny July morning when he was ten years old, Bill set out with his older brother and a teenage cousin. They started fishing the brook and hunting for the tiny crayfish that hid among the rocks. “The old brook was always full of crayfish and minnows,” Bill recalls.

As Bill’s cousin stared at the splashing water, Bill and his brother found a mean, old crayfish under a big rock. Their cousin would certainly get a scare if they slipped it down the back of her shirt, they thought.

But before the boys could even get out of the water, their cousin was on top of them. She grabbed both boys by their shirts and dragged them out of the brook. “I thought she figured out our little prank and was gonna give us hell,” Bill writes.

But Bill’s cousin had a look of abject terror on her face. She screamed at the boys and told them to run. “I was never so scared because I didn’t know what was going on,” Bill remembers. As Bill and his brother took off running through the trees, Bill turned to catch of glimpse of something struggling and thrashing in the water near the bank where Bill and his brother had been playing.

Bill’s cousin never returned to the Quarter. She refused to talk about the incident except to say that there was something in the water and she thought it was going to eat the boys.

When Bill grew up, he went to work in the coal mines that accounted for most of the region’s meager economic activity. Bill still enjoyed the occasional foray into the Quarter, especially when he could take out his dirt bike and ride the winding trails.

On one particular overcast August afternoon when he was in his 20s, Bill was racing down a steep incline. “After that it levels out a lot and there’s a straightaway,” Bill recalls, “But I saw right away that there was something on the trail.”

Bill slowed his bike and cursed his luck. From where he was stopped, he could see that a tree had fallen across the path and he would be forced to turn around or drag his bike over the top. Deciding that his bike wasn’t so heavy, Bill continued on the path toward the log.

As he got closer, Bill could sense that something wasn’t quite right. “Well, for starters, that log was moving,” Bill remembers. What Bill took to be a fallen tree was apparently being dragged across the road.

“I thought maybe someone was in the woods moving the log off the trail,” recalls Bill. “I thought things were looking up after all.” But then as Bill got closer, there was something tugging at the back of his brain, something was telling him that he was in serious danger. 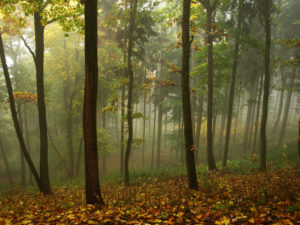 “It just didn’t look right,” Bill recalls. Bill got within 20 feet of the log when he could see that the log was not a log. What he thought was a fallen tree was some sort of animal; what he took to be movement was an undulating wriggle; what he thought was old tree bark was a grizzled hide of dull brown scales.

Bill couldn’t believe his eyes. In front of him there appeared to be just a small part of a truly giant snake. “I didn’t know how big the sucker was,” Bill says. “I could only see about ten feet or so.” The part that Bill could see was thick, about three feet in diameter. But that wasn’t the extent of Bill’s surprise that day.

“I was in shock,” Bill remembers. “Just staring at this thing that I knew was there, but knew couldn’t be.” Bill wasn’t prepared for what happened next. From his left, he heard a rustle coming from the bushes. Then the giant snake in front of him stopped moving.

“I looked to my left and saw it right above me,” Bill says. Leering above Bill’s head was the one end of the giant snake he didn’t want to see. Huge, watery yellow eyes fixed on Bill from a blocky head covered in countless scars and oozing sores. The giant snake head began slowly descending towards Bill as its jaws opened wide to reveal rows of tiny, jagged teeth like a mouth full of venom-dripping needles.

Bill does not recall exactly what happened next. “I was riding my bike as fast as I could go to get back home,” says Bill. “I almost got lost because I couldn’t think straight, much less drive my bike straight.”

Like his cousin before him, Bill never returned to the Quarter, and when the mines closed, he left Pennsylvania for good. Although the rest of Bill’s story unfolded in places far from Broome’s Quarter, he’ll never forget his meeting with the great serpent, and tells me that he’ll always wonder if the creature he encountered was one of the legendary monster children of Mother Meade. If it was, did her offspring somehow survive the centuries stalking the lonely tracts within and below Broome’s Quarter? Or did they live long enough to produce a new monstrous generation and, as monster begat monster, populate the woods with grotesqueries and horrors?

Only more sightings of these terrible beasts will help us unravel the mystery.