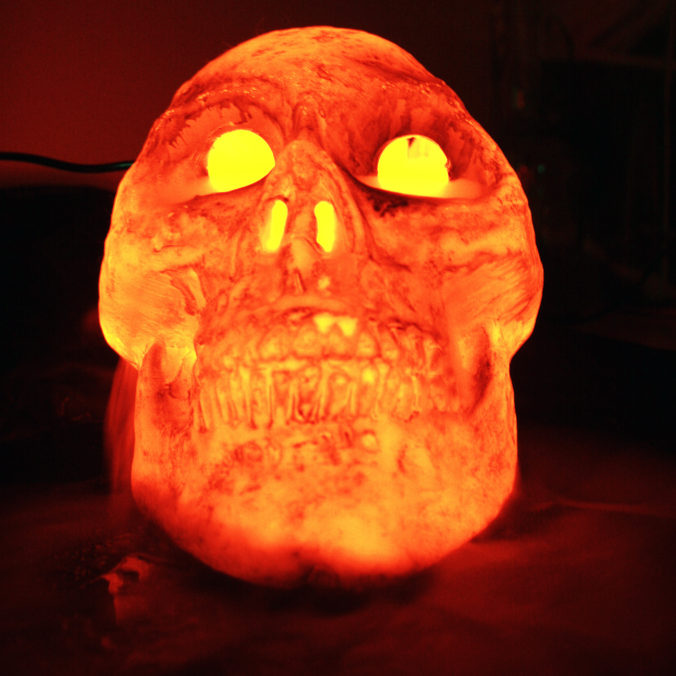 The following story is found in The Hamlyn Book of Ghosts Vol. II, by J. Allen Randolph, published in London in 1969:

Of the many strange encounters I have had over the years, there is one that stands out to me as a testimony to the oft-forgotten human side of the supernatural, the normal, as it were, of the paranormal. When I was a student at university, I was acquainted with an elderly, eccentric professor. I should stop now and say that there were, in fact, any number of elderly, eccentric professors at university, but the strangeness of Professor James stood head and shoulders above the rest.

Professor James taught anthropology at Yale University in the United States. He had studied with some of the greats like Radcliffe-Brown, Malinowski, and Lévi-Strauss. But James was a standout in that crowd for the extreme lengths that he would go to prove his theories. His specialty was European folklore from the Iron Age to the Early Modern. He was especially interested in its material culture.

Professor James took a special liking to me I think because I grew up in Britain, site of some of his specialized research. In those days, it was not uncommon for professors to dine with their students, and Professor James had invited me to his home for just such an occasion. I should mention that the date in question was October the 31st, All Hallows’ Eve, or as they call it these days, Halloween Night.

As I approached the wide front porch of Professor James’s old Victorian home, I stepped over a curious line of white powder that snaked across the stately lawn. It struck me as peculiar but I had little time to ponder its purpose as Professor James met me at the door in a state of extreme agitation. I was quickly hustled inside to an empty house. It was then that I learned that I was to be the only guest that evening. He had even dismissed his man for the night.

I was rather dismayed as Professor James could monologue at length on the subject of Roman charms and Celtic tomb mounds and it was so much easier to escape when one had an accomplice. Even so, I sat in the chair offered and girded myself for an enlightening, if not lively, evening.

Professor James stood at the great fireplace hanging his head. The flickering shadows on his face carved lines of worry and even fear. The fire’s soft sputtering was the only sound. After some time he turned to face me.

“Do you know what day it is, Randolph?” he asked me.

“Do you know what happens on the last day of October, Randolph?”

Back home in England, the modern Halloween tradition was not widespread, but I had been in the states long enough to know about the practice of guising-up and asking for treats.

“It’s the night when the youngsters dress up and ask about for sweets,” I answered.

“No, sir, I do not,” was my reply but I admit I was lying because even then I had already seen some strange things in my short life.

“Maybe it’s a metaphor, Randolph,” he said. “Some days, I wish it were. Tonight the dead live again, the meek become the powerful, the king goes begging in the streets, and,” he paused and turned away from me, “all debts must be paid.”

I wasn’t sure what to make of this statement; it was rather dramatic for Professor James. I didn’t have time to respond as I was whisked away to the dining room for a surprisingly truncated dinner of ham sandwiches and nearly cold soup.

James sat and watched as I dined. In his hand he fingered a trifle, a small coin that caught the dim light. He saw me looking at it. “Do you know what this is, Randolph?” he asked me.

“I must confess that I do not, sir. A lucky coin perhaps?”

“A good guess. You always were a most perceptive student.” Professor James held the coin up to the light. “It’s called a touch piece. It’s a kind of sympathetic magic, in that it operates on the basis of its association with something else. This particular piece was once owned by Emperor Vespasian.”

“Good heavens, sir!” I nearly spit out my soup. “Vespasian’s amulets are a myth; they’ve never been found!”

James put the coin in the pocket of his smoking jacket. “Never reported to have been found.” He smiled coldly and stood. “Nevertheless, its power to protect its bearer is quite real.”

I quickly finished my soup under Professor James’s quiet stare. He led me back to the study and we settled into a pair of overstuffed chairs. The fire crackled, sending shadows across the walls. James stared into the flames and asked, “Do you believe in witchcraft, Randolph?”

“There are some interesting –” I began but was quickly cut off.

“Necromancy, conjuration, sorcery, Randolph. The power that turns the wheel of the universe. Magic.” James quickly rose and pointed to the window. “There, you see?” he asked. A thin, scruffy flower hung suspended in the curtain. “The wild rose, it repels evil, just like the line of salt that encircles the house. You saw it, no doubt.”

Professor James retrieved a small stone from the mantle. “This stone was painted by the ancient Picts and infused with a power.” He pointed to a larger rock that rested on the hearth. “This is a fragment of a Punic betyl that once protected the great temple at ruined Carthage.” He glanced my way with a wild smile. “It may not have been a complete success.”

I returned the smile and tried to interject but James was already off on another subject. “Do you know the Merseburg Incantations? Eiris sazun idisi, sazun hera duoder; suma hapt heptidun, suma heri lezidun! Do you think it will work?”

I was beginning to suspect that James was more unhinged than usual, and that it was now my responsibility to see that he didn’t hurt himself. Is that why he had asked me to come, I wondered? James struck a match and lit a small bowl. A sickly sweet incense permeated the air.

“It’s kyphi from ancient Egypt,” he told me. “Used to placate the dead and their pagan masters. I also have a small pot of mummia, ground from the bones of ancient Egyptian mummies, although I am not sure it will be of use to me.”

Professor James patted his coat pocket. “I have here the bone of a black cat. I have it on good authority that it is a powerful mojo, but I have my doubts.”

He opened a small box on a side table and picked up a thin, curved rod with great reverence. “And this is my prize, this is a 2,000-year-old ivory wand dedicated to Hecate Chthonia, mother of witches.” I could see the fine lines of airy script delicately carved along the yellowing surface.

Suddenly, we heard the sound of a quick knock on the front door. Professor James jumped and nearly dropped his beloved witching wand. Seeing his fear, I rose to answer it, but the professor caught my sleeve. “Do not answer the door tonight,” he commanded.

“But, sir,” I began, “it’s only the local children asking for their sweets. Must we disappoint them?”

James’s eyes screwed together in disbelief. “Children? They are most decidedly not children, although they may wish that you think them harmless.” My befuddled stare impelled him to add: “The door is made from the wood of a rowan tree; it cannot be breached by the forces of darkness.”

I knew that the poor professor was having what we call a breakdown, but being a student, it was not at all clear from whence I would derive the authority to intervene. I was, as they say now, along for the ride.

I could hear more knocking now, not from the front door, but from the back of the house.

Now there was knocking on the windows and I knew that Professor James was right: they were not children. Something sinister was afoot. Amidst the rattling and knocking, James fingered the old Roman touch piece and waved the ivory wand in the kyphi smoke. He cut a figure both mad and wild, an ancient wizard born of standing stones and dragon’s blood.

I went to check the doors, to make certain whomever was attacking the house was not breaking in. I found the ground floor to be secure and as I returned to the study, both the knocking and the professor’s chanting suddenly ceased. I found Professor James slumped in his chair, his hand clutched to his chest. He was not breathing.

I raced to the telephone and told the operator to send a stretcher. I knew it was probably too late for old Professor James, that whatever it was that was after him had succeeded in finding him. I wondered if I had somehow let him down, if in my ignorance of the ancient practices, I had inadvertently let the door open for evil.

In retrospect, I can say that it has been my experience that men do not ward off evil by trying to keep it outside, that evil exists already inside of all of us, that we are, in fact, the source of much of the evil that plagues the world, and the best that we as weak and imperfect humans might be able to do is keep the evil in our hearts locked up securely inside. 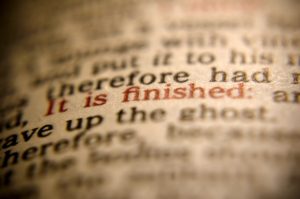 In postscript I must add that as I waited for assistance to arrive, I spied something on the floor in front of Professor James. It was the touch piece that had belonged to Vespasian. A priceless artifact, if it could be authenticated, or merely a trinket. A fool’s burden in either case. There was a knock on the door.

It was not a knock like before. This was a quiet rap, a child’s knock. Without fear, I opened the door and there on the step stood a child of no more than nine or ten. He was dressed in a ragged red suit and to his face had been applied a red pigment and on his head he wore a crown of paper horns.

He held out a limp brown sack. “Trick or treat,” the little Devil said.

“Neither,” I responded and tossed the ancient touch piece into his bag. “Happy Halloween.”